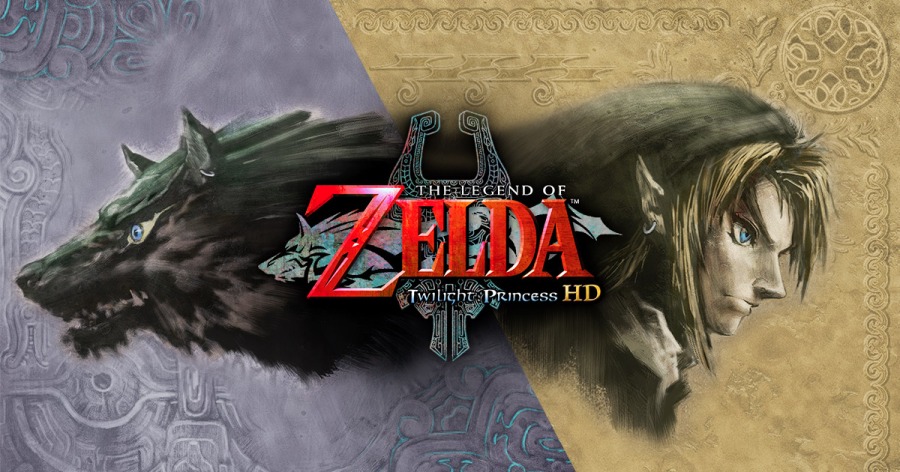 Legend of Zelda: Twilight Princess HD continues the unrelenting trend of HD remakes, as well as the apparent Nintendo initiative to rerelease the Legend of Zelda back catalogue. Benefiting from modern graphics processing and unbound from the Wii’s motion controls, Twilight Princess HD revives one of the darker stories in the series’ history, replete with tweaks to improve the experience.

Twilight Princess is very much a Zelda game, and so it follows the familiar formula: you’re Link, an originally humble young man that rises to heroism armed with the ability to endlessly roll into pottery without sustaining a concussion. You wear green (most of the time), throw chickens, and have a horse. Gorons, Zora, Leevers and a boomerang. You know the drill.

Twilight Princess’ trick is that denizens of the Twilight Realm are invading the land of Hyrule, enveloping the land in a sinister haze that reduces the populace to mere spirits. Link however, chosen as the avatar of courage by the goddesses, assumes beast form while in twilight zones, allowing him to fight back against the darkness in the form of a wolf and with the help of friendly Twilight companion Midna.

The core gameplay loop revolves around lifting the twilight curse from affected areas as well as the time honoured Zelda tradition of- say it with me- clearing out dungeons to collect X amount of magical McGuffins to Save The Day (literally, in the case of Twilight Princess).

If you’ve played any amount of the Legend of Zelda series, you can probably rattle off the themes of the various dungeons and temples found here: fire, water, forest, time, shadow, desert, ice. Twilight Princess’ greatness lies simply in its solid dungeon and puzzle design. Even the water-based temple manages to avoid being outright infuriating. The layout of the rooms, puzzles, enemies and bosses is spot-on making each dungeon a joy to play through. 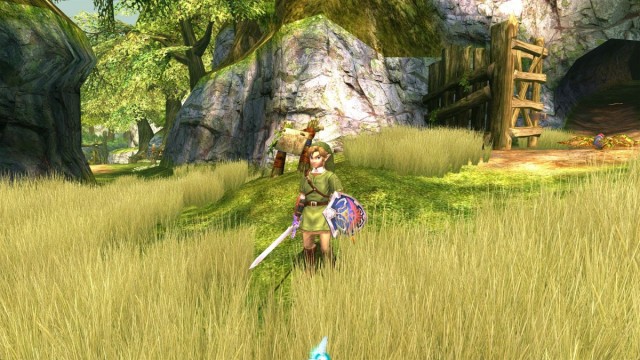 Twilight Princess’ other main strength lies in its visual design. This is maybe the darkest Zelda to date (except for Majora’s Mask), narratively and literally. Realms draped in twilight feel suitably warped, and the twilight enemies are perfectly creepy and twisted. Primary antagonist, Zant, has an especially inspired design that truly sets him apart. And when things take a lighter turn, you’re treated with luscious colour returning to the world and hazy golden light replacing the sombre tones of the twilight curse. The game excels at creating a world steeped in history and grandeur. Twilight Princess might be a spiritual successor to Ocarina of Time, but its look is absolutely its own.

While combat in Twilight Princess is faithful to the trademark combat of the series, it’s worth mentioning that, unbound from the cumbersome motion controls that turned some off the Wii release, Twilight Princess HD boasts a sturdy and satisfying combat system. Your initial well of familiar abilities- horizontal and vertical sword swipes, stabs, jumping and spinning attacks- is gradually expanded upon as you’re taught hidden skills by the Hero’s Shade, a character very important to Zelda lore.

The drip feed of new abilities, as well as your constantly growing arsenal of items and gadgets, makes play feel like it’s constantly evolving as you gain more potent and varied options of dealing with problems.

Gameplay in Link’s wolf form is also a joy, with Wolf Link’s high manoeuvrability and limited but formidable set of abilities. I really like this dual state of gameplay, especially later on when you get to switch between the two forms at will. I often chose to morph into Wolf Link to sprint across the world rather than call my horse Epona, because while Epona controls well in motion and combat, she controls horribly if you’re moving across anything less than open fields.

We have this beautifully designed world with expertly crafted mechanics and challenges, but there’s something stopping me from fully engaging with the narrative. I absolutely adore the lore that Twilight Princess offers, and I think the story’s actually very well plotted. There are loads of interesting little narratives sprinkled throughout the story, and Twilight Princess has some great oddball characters. I do feel like Zelda games lean too heavily on oddball characters though, and they miss the mark a bit too often with the wacky writing. With so many zany characters it’s sometimes hard to take the world seriously enough to care about saving the people in it. Luckily the narrative is strong enough that I always wanted to see what happened next.

The core game of Twilight Princess HD is largely unchanged from the initial release. Changes to the game are mainly to help gameplay run smoother with the benefit of hindsight and the WiiU hardware. Item changes are handled with the WiiU gamepad touchscreen, and the transformation between Human and Wolf forms for Link can now be handled with a single icon tap rather than having to strike up a conversation with Midna, which makes transformation-heavy segments run much more slickly. You start with a larger wallet, too, holding up to 500 rupees at the start of the game. Five hundred rupees is still nowhere near a useful amount, and this is a problem I’ve always had with Zelda games, but it’s a welcome change nonetheless.

Of course, the graphical overhaul is where the bulk of the effort has been put. Twilight Princess HD does a decidedly okay job in updating the graphical fidelity to be palatable for modern audiences, making the GameCube and Wii originals look quite dated by comparison. The step-up to high definition does improve the feel of the world and allows us to greater appreciate that excellent visual design as we drink in ancient ruins and bustling castles.

The graphical update is just okay, though. Twilight Princess HD still very much looks like a last generation game, and while Link himself and a handful of main characters’ character models look great, there are lots of instances where the world just doesn’t look as good as I might expect from a 2016 release. Just look at the work that Saber Interactive put into remastering Halo: Combat Evolved and Halo 2; they took two very dated games and made them look like contemporary releases. Granted, they were working with more power than the WiiU can perhaps offer, but still: I think Nintendo could have done better with Twilight Princess HD.

Twilight Princess HD was largely a technically smooth experience for me, although the experience was marred by the occasional bugs. In tight areas the camera was prone to juddering, which tended to stop once I’d manoeuvred Link or the camera to a more open space. There was also a recurring bug in the sand temple where Link would keep start walking very slowly, as though he were walking through quicksand spots, even though he was firmly on solid ground. This meant that I had to switch rooms or die to reset so that the timed puzzle in one of the rooms was doable. It was an easily fixed but nonetheless serious downer for what was one of my favourite dungeons of the game.

Legend of Zelda: Twilight Princess HD is a good remake of a splendid Zelda game. It pays its due diligence; the graphics are updated to be palatable to modern audiences, although the overhaul does not excel by any means. The controls translate well to the WiiU gamepad, and I really do appreciate the many little changes that have improved upon some of the niggling annoyances of the original game. If you didn’t play Twilight Princess when it came out, the game is still a fantastic Zelda game today, sitting alongside Wind Waker as one of my personal favourites in the series.