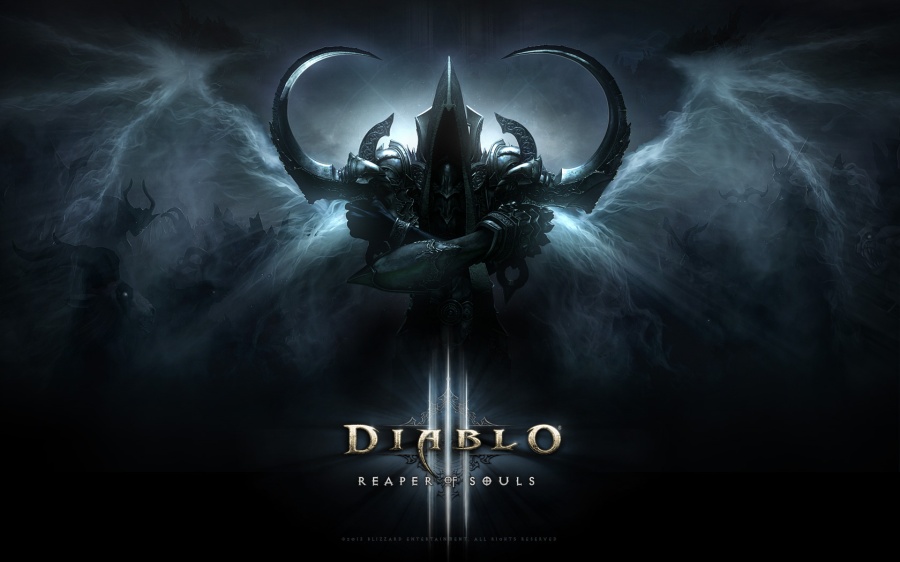 I love it when a game challenges me. I’m very much obsessed with eking out the mystery to The Witness’ island, and working out the solution to each of the puzzles with as little help as possible. I loved juggling my potions, decoctions and meditations to keep on top of the most difficult enemies of The Witcher 3. I’ve written before that Dark Souls is my favourite game, and that game requires a lot of theorising about the flavour text from many disparate items just to get at the lore, never mind the constant wariness it demands from its players.

I recently played through Diablo 3 Ultimate Evil Edition for the first time in co-op with a friend, and found it a mindless, almost automatic experience. That’s what I found made it refreshing, though.

I’d been playing through Rise of the Tomb Raider at the same time, and while it’s a great game, I found it a bit tiring. I get that way when I play games with lots of little collectables and side content. I’m constantly looking for side passages for the fear of missing out on useful upgrades and cool snippets of narrative. A lot of the time this anxiety is minor, but occasionally something about that state of mind doesn’t quite gel with the flow of the game somehow and I find it overshadows the experience. I think in the case of RotTR it’s the floaty way that Lara controls; it worked really well in the previous game which was pretty linear action fare, but with a little bit more freedom and emphasis on seeking out the nooks and crannies of the world the floaty movement didn’t quite “click” for me in the same way.

It was really refreshing, then, to come to Diablo 3 for a bit of a cool-down each evening. Of course I’d have a much different experience if I were partaking in a hardcore playthrough, risking the permanent death of my character, but on a Normal first run-through I was quickly playing on autopilot while chatting about whatever with my co-op companion. I just picked my favourite abilities and rained death upon our enemies while enjoying rapidly-regenerating health and a ring that spawns ridiculously overpowered kamikaze imps.

As a side note, the Nagelring is a ridiculously overpowered item that completely breaks pretty much every boss encounter in the game. It spawns up to four of the aforementioned imps, one of which screams and catapults in glorious death throes across the screen when it’s replaced by a newly spawned imp when you have four. Not only is this hilarious in cutscenes that are trying their level best to be poignant or dramatic or climactic, it also reduces bosses to zero hit points in literally seconds. Before I get the chance to graze them with one of my Demon Hunter’s crossbow bolts. This served to cheapen the game’s most dramatic encounters, yes, but it also provided a steady drip of hilarity that didn’t get old by the time I completed the fifth and final act. It should absolutely be nerfed, but it’s given me too great-a time not to mention.

While ostensibly in a semi-randomly-generated, wide-open world, Diablo 3 still operates very linearly. There’s not too much in the way of side quests and areas as you progress through the story, and while you’re rewarded for seeking out nooks and crannies, you get along just fine without indulging every single side avenue. The maps can get fairly large, but never feel too sprawling and you can easily check the map for areas that haven’t been filled in by your presence yet. It makes it really easy to know when you’ve swept up in an area, which relieves a significant amount of stress for me.

There are lots of games which are similarly simple and therapeutic. Take any game by Thatgamecompany; Flow, Flower, and Journey each require very little mental input from the player, and provide satisfying ways to spend your time. Those games are enrapturing experiences though, pulling you into their worlds and fantasies. And while Diablo 3 failed to make me invested in its world and mythology (although I very much enjoyed its lavish cutscenes), it succeeded in providing me with something that I could muddle through with very little challenge yet still bestowing a sense of stimulating satisfaction from wiping enemies and loot from an area.

So that’s why I cherished my time with Diablo 3. The story utterly failed to interest me, and I was overpowered to the point of wiping away any sense of challenge. But I could run about as a gradually more ridiculous (in terms of power and garb) female demon hunter, raining death down upon demonic hordes with a buddy, laughing at bosses melting under the might of my suicidal exploding imps. It was utterly unchallenging for a change, and I loved it.