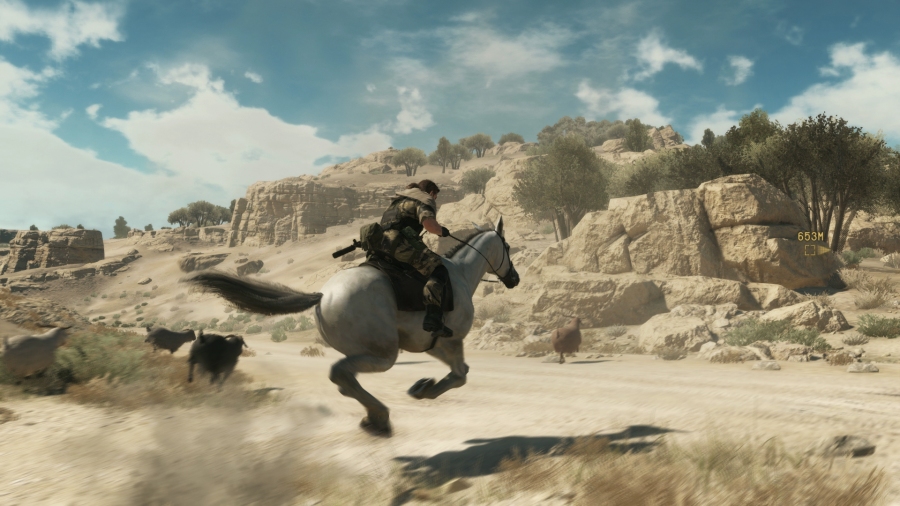 Lately, it seems like Konami just can’t seem to stop messing up. It’s getting downright farcical at this point; like watching a child trying to chase a ball, only to keep kicking the ball further away at the last moment. Except that the ball is on fire, and the child is an apathetic company seemingly trying to duck out of the videogames business, and the field is psychological abuse of employees, and the child’s shoes are the fanbase, and now I’ve lost track of the metaphor.

Okay, let’s step back a minute. Konami is a company which makes the majority of its money in gambling and arcade machines, and in the wake of several years of flailing about with its key franchises, seems to be backing away from AAA game development (although it has recently stated that this is not the case, but I’ll take their word when I see proof). The only games that the publisher had to show at e3 were Metal Gear Solid V: The Phantom Pain, and the most recent Pro Evolution Soccer. Even if they’re not planning to completely abandon game publishing, there’s very little evidence that they have much for us at the moment.

For the past few months, there’s been a slew of negative press surrounding the company, to a frankly absurd degree. There seems to be a new piece of news every few days at this point, but there are some very prominent examples I’ll bring up to make sure everyone’s nice and up to speed. Despite several years of the Silent Hill franchise suffering something of a quality and identity crisis, the mysterious PT (“Playable Trailer”) teaser for Silent Hills arose on the Playstation Store as if from nowhere. Pretty much an overnight hit, the teaser was driven by Hideo Kojima and Guillermo Del Toro and was a superb little slice of horror and clever use of environment. Sadly, the project fell apart (I mean, Guillermo Del Toro was on the project, so what could we expect?), but P.T. and Silent Hill fans found their wounds freshly salted when P.T. was suddenly lifted from the PS store, meaning that unlucky fans who had deleted the game to make space couldn’t re-download it.

Perhaps the deletion of P.T. was down to some rights contract tomfoolery, but what’s less forgivable is good old fashioned employee abuse. It came to light that Konami treats their employees worse than PETA treats its rescued animals. Reportedly, developers (even in senior roles) deemed to not be “useful” to the company any more- through whatever secret code that’s judged on- have been bumped down to menial jobs. Furthermore Hideo Kojima, Konami’s pet genius, departed the company just months before the release of MGSV. This led the company to unceremoniously boot Kojima’s name from the box and promotional art for the game, even though Kojima and the Metal Gear franchise are about an inseparable as any auteur- driven series. Not that this stopped Kojima’s name being plastered all over the credits of every mission in the game, but still. Not a great move on Konami’s part.

The most recent piece of news, however, is just the cherry on the cake for me, cementing Konami’s farcically out-of-touch attitudes almost to the point that I’m not sure it’s not self-parody. A couple of days ago, Konami announced an upcoming piece of DLC for MGSV:TPP. More missions, you ask? Maybe a fleshing-out of the cut missions which reportedly round up the plot? No.

This has literally been a joke since Bethesda famously experimented with The Elder Scrolls IV: Oblivion DLC way back in 2006 by releasing DLC purely aesthetic horse armour. This has been a running joke for 9 years. And here we are in 2015, with the most out-of-touch publisher in the games industry proving how out-of-touch it is. You really couldn’t make this up.

One thought on “Horse Armour 2.0- The Latest Stop In The Never-Ending Road Of Konami Mess-Ups.”